I took part in a podcast about the AHRC-funded project Translating Chronic Pain, and in particular the anthology of online ‘flash’ writing about pain experience and a creative workshop run with people living with chronic pain in Manchester. I chatted with the Primary Investigator Sara Wasson and projector contributor Holly Hirst. The podcast was released as part of Pain’s Concern established podcast series Airing Pain.

24 February 2018
I ran a workshop with Sara Wasson in Manchester, for people living with chronic pain who wished to experiment with short-form flash writing.
Read some amazing writing about chronic pain on Sara Wasson’s website
Digital Threads: Towards a Personalised Craft Production in Malay Cottage Industries
2017-2019
So I took part in a project that usually very different the kinds of things I do.
‘The Digital Threads project addresses the challenge of poverty for rural Malay women and its risk for the cultural heritage of traditional weaving practices. In this project, we engaged in ground-breaking interdisciplinary research to promote sustainable economic development and welfare in Malaysia by radically changing the business models of cottage industries. The project will explore more sustainable and innovative business models flexible to integrate cutting-edge technologies that place customers at the centre of personalised production.’
I visited Terengganu in Malaysia and interviewed weavers about their stories and family histories of weaving this traditional fabric, which was originally worn by the groom at weddings, but is now popular for formal dress. I wrote the weavers’ stories, which they used to help them become independent entrepreneurs rather than depending on ‘middlemen’, who pay them low wages.
I am paranoid about mosquitoes and wrote the most detailed ‘risk assessment’ known to universities on the various mosquitoes in Malaysia, but in the end, I wasn’t bitten at all, though I did come home with salmonella poisoning…

We wrote an article: 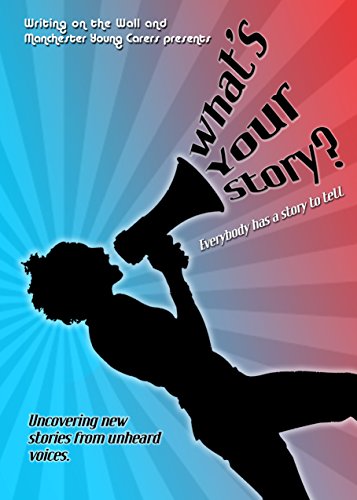 I ran a series of workshops with young carers in Manchester and Cheshire, supported by Family Action and Carers Trust 4 All. I worked with Writing on the Wall to produce an anthology of the young carers’ creative writing, which was launched at The Contact Theatre and featured on BBC Radio Manchester in 2015.
What’s Your Story is available here.
I am hatching plans to develop this project in the near future to run workshops with carers in Lancashire.