Skip to content
Posted on September 20, 2018 by zoelambert Posted in Uncategorized 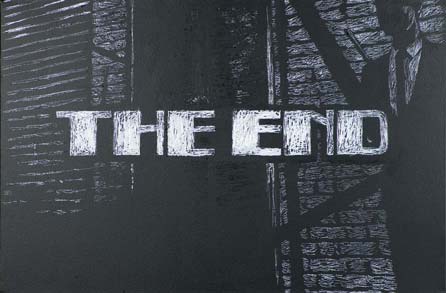 Writer and lecturer, Jonathan Taylor interviewed me about my story in the anthology, The End: Fifteen Endings to Fifteen Paintings, edited by Ashley Stokes.

This commission asked us to respond to one of Nick Ruston’s paintings. I chose the one above, but the story also ended up being about a piece of music.

J: Like all the other stories in “The End,” your story, “Chaconne in G Minor,” opens with one of Nicolas Ruston’s paintings. In fact, the painting pre-dates your story: all of the writers in the anthology were allotted one painting each before writing their stories. How do you see the relationship between the painting and your own story? How did the story “grow out of it,” as it were? What were your aims in writing it?

Z: My painting suggested film noir to me, and I wanted to write a kind of pulp fiction response. The kind of story that snaps shut at the end, or has a reveal or twist in the tail. I was intrigued by the figure standing next to the blinds and imagined a woman looking up at him, standing there. Sadly, my story did not work out like that at all! It became a story about a relationship, but as with other stories in the anthology, my ideas started to be more about other ways endings relate to short stories and to artistic form in general, and the greatest end of all: death. So, though I intended to write plotted story, I ended up writing a more lyrical short story about a young woman who has lost her way after her mother’s death. She is stuck, playing this piece of music over and over.