Skip to content
Posted on November 16, 2010November 14, 2014 by zoelambert Posted in Uncategorized 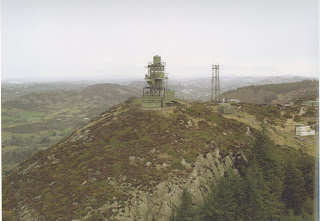 There is an amazing exhibition at the moment at The Whitworth Art Gallery called The Land Between Us. It takes a radical look at landscape art by placing traditional or older artwork next to contemporary pieces. With the exhibition is a booklet containing responses to the artwork. I was asked to respond to one of Donovan Wylie’s photographs of the British Watchtowers in South Armagh, which was hung next to a watercolour by Turner of Conway Castle. Two striking images of British imperealism from two different centuries. Before I wrote the piece I went to The Whitworth and the curator Mary Griffiths took my down into the vault where they store the artwork. The Wylie photo had not yet arrived, so I had a private viewing of Turner’s watercolour. This was very exciting. I would have liked to have written something about the Turner painting, but I was drawn to the more contemporary setting of Wylie’s work.

My response, called ‘My Sangar’ was written from the viewpoint of a woman under surveillance. It begins: ‘It was a while ago now, when it was anchored on the hilltop; that green-plated scaffold. I tell you, it hurts my eyes.’

For more on the exhibition go to: http://thelandbetweenus.wordpress.com/